Cecilia Leung is a planetary scientist studying the regional circulation of water vapor on Mars, as well as the atmospheric dynamics of planets both in our solar system, and in exoplanetary systems. In particular, she couples spacecraft observations with numerical models to understand the transport of water between surface and atmospheric reservoirs, and to investigate the conditions leading to the formation of water-ice fogs, clouds, and dust storms on Mars.

Cecilia is fascinated by interplanetary exploration and mission design. She is currently working with the InSight Mars Lander team to characterize the winds and environmental conditions anticipated during the spacecraft’s “Entry, Descent, and Landing” process, and to ensure the safety of the mission.

Cecilia received her B.Sc. in Physics and Astronomy from York University, a Masters in Planetary Sciences from the University of Arizona, and is currently working on completing her Ph.D. She has been involved with the International Space University, promoting interdisciplinary approaches to space exploration, and is passionate about scientific outreach and communication. I received my Ph.D. in Geology with a specialization in Planetary Science and Exploration from the University of Western Ontario's Centre for Planetary Science and Space Exploration (CPSX). From 2008 until 2012, I was on the science operations team for NASA’s Mars Reconnaissance Orbiter (MRO) Context Camera (CTX) and Mars Color Imager (MARCI) at Malin Space Science Systems (MSSS). For CTX, I chose what the camera takes pictures of in a given week and then analyze those images from a geologist’s standpoint. For MARCI, I wrote weather reports for the general public, as well as a few times for the Spirit and Opportunity rover teams to alert them of any impending storms that could threaten the rovers. I was also a science team collaborator for the Mars Science Laboratory (MSL) rover Mast Cameras (Mastcam), Mars Hand Lens Imager (MAHLI), and Mars Descent Imager (MARDI). While this work was exciting, I made the decision after 4 years to return to graduate school and get my Ph.D.

My undergraduate degree is in astronomy and physics from the University of Washington, and I did my graduate work in geology (well, “Earth and Environmental Sciences”) at Wesleyan University. Areas of interest include martian geomorphology and terrestrial analogues, spectroscopy, and glaciology. My work in astronomy has involved cooling mechanisms of interstellar dust clouds, diffuse interstellar bands, the metallicity of the old, metal-rich cluster NGC 6791, and the metallicity and lithium abundances of the recurrent novae T Coronae Borealis and RS Ophiuchi.

I have also been active in education and public outreach, getting involved with organizations such as The Planetary Society, Expanding Your Horizons, Girl Scouts, Norwescon, The Mars Society, and The National Space Society.

In my spare time, I am a professional photographer and the owner/photographer behind Station Toronto." Currently I am the Executive Director of Women in International Security Canada, and an Arsenault Fellow at McGill Institute of Air and Space Law. 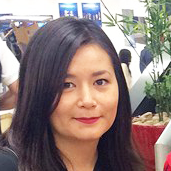 Chantelle Dubois
Chantelle Dubois is an undergraduate computer engineering student at the University of Manitoba, and an active advocate for Canada’s space program. She has been involved with the Space Generation Advisory Council, an NGO headquartered in Vienna, since 2014 and currently holds the position as the Space Generation Fusion Forum Manager with the organization. In 2016 she became a recipient of the Space Generation Leadership Award. Chantelle has also been involved with a number of other non-profit, space oriented organizations or groups, including the University of Manitoba Space Applications and Technology Society (UMSATS), Students for the Exploration and Development of Space Canada (SEDS-Canada), and the Canadian Space Society (CSS).
Recently she completed an internship at the Canadian Space Agency headquarters in Saint-Hubert, working with the Robotics Team in the Space Exploration Development branch. As part of her internship, she also spent two-weeks with the International and Regulatory Affairs team in the CSA's Policy branch in Gatineau. Chantelle was also a member of the CSA's 2016-2017 Astronaut Recruitment Campaign Final Selection Committee. Kelly and Erin both work as Meteorologists at The Weather Network in Oakville.

Erin received a double major in Atmospheric Science and Astronomy, while completing her certificate in Meteorology at York University. She previously worked for CBC’s Weather Centre in Toronto before moving to The Weather Network. Her current position allows her to communicate and educate others on the complexities of our atmosphere and the underlying statistical nature of weather forecasting. Her goal is to bring clarity to the public on why we will never be able to completely predict weather (and it’s not because Meteorologists are incompetent).

Kelly attended York University and received a degree in Atmospheric Science with a certificate in Meteorology and GIS (Geographic Information Systems). Kelly began working at The Weather Network in her final year of school as a briefing meteorologist, relaying the weather story to the team through briefings and computer graphics. After appearing on TV for small segments, she grew a passion for delivering the weather to a cross country audience and made a transition from behind the scenes to a role in front of the camera. Kelly is now a host for The Weather Network’s national show Monday to Friday. "I’m an explorer at heart and I strive to inspire curiosity.

The Centres of Discovery in Earth & Space and Fossils & Evolution capture the imagination of all ages, nurturing discovery and invoking a sense of wonder. They serve as portals into the world of science, providing a foundation to help understand fundamental questions that drive humankind: Where did we come from? What is our destiny? As the Managing Director for these Centres, I help people to understand the Earth, our solar system, and how life evolved over time. Working with teams across the ROM to develop programs, projects and partnerships, I’m tasked with sharing and making relevant the ROM’s extensive fossil, rock, mineral, and gem collections and renowned curatorial research.

With over 13 years of research & field experience, I’ve studied some of the oldest rocks on Earth in Greenland, explored impact craters across the globe, and most recently collected meteorites in Antarctica. I’ve collaborated with Western University’s Centre for Planetary Science and Exploration, the Canadian Space Agency, NASA, and MDA (Canada’s largest space company) to plan and execute simulated lunar and planetary exploration missions, as well as developing insights into planetary impact cratering processes. I’m passionate about youth engagement and science outreach and have played an active role in developing hands-on, interest driven programs over the past ten years. I’m the co-founder and a board member of the non-profit STEAMLabs, an all-ages community makerspace in downtown Toronto and have chaired numerous national space exploration conferences and events.

I have a BSc and MSc in Earth Sciences, an MSc in Space Studies, and a PhD in Planetary Science. I’m also a Visiting Lecturer at the International Space University."